He rests cupped palms, facing inward, atop her head. The silhouette is clear, if not explicit or even intentional. Combined – the perked hands of one dancer, the head of another – this is LoudHoundMovement.

photos by Nir Arieli, edited by me.

Can dancing be sign language? There is nothing to translate in this assemblage of choreography. No symbols or motifs that demanded interpreting, but the bodies are saying something. Gestures, like that of a sign language interpreter, are intense and with intent. And they move beyond the (sensate) hands and (focused, calm) eyes to the legs and the floor. (If dance is going to say something, it better say it with everything it’s got!) The body is signing, sharply and softly and fluidly, telling us what matters. 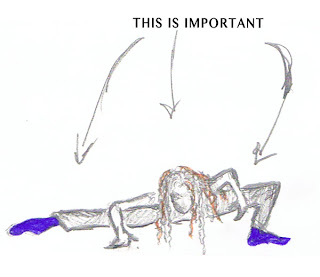 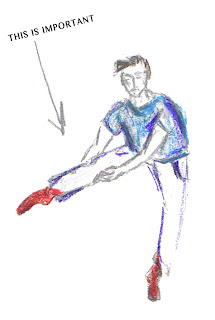 Posted by sofia strempek at 5:54 AM